Re-imagining the Future of Healthcare through Technology

Named a TED Audacious Project for 2020, tech nonprofit, SIRUM, plans to redistribute almost $1 billion of prescription medication in the next five years. 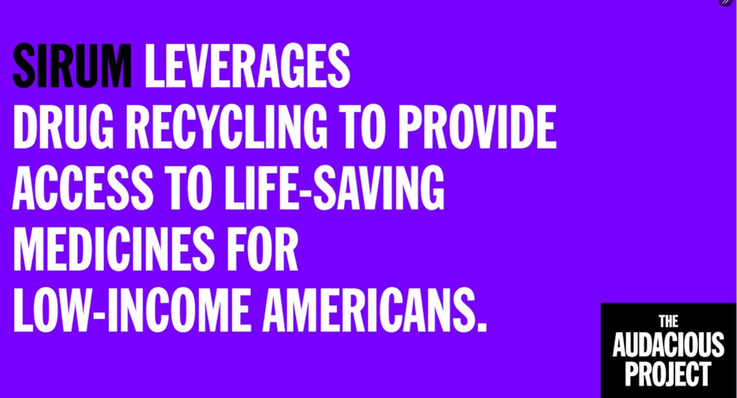 The United States sees upwards of $10 billion of unused medication go to waste every year. At the same time, about a quarter of all adults report skipping medications at some point due to cost.
SIRUM works to combat this issue by leveraging the surplus and redistributing it to the people who need it the most. We have been able to use our unique platform to match these unused, unexpired medications with the people across the nation who previously would not have been able to afford their prescription drugs.

It’s no secret that health inequities in the US are stark. The current healthcare system has left millions of adults with chronic illnesses who are uninsured or underinsured without a means to get the life-saving medications that they need. This is why we believe our work matters. We believe no one should have to make the decision between putting food on the table and buying life-saving medications.

SIRUM has grown to become the nation’s largest medicine redistributor. By placing recycling boxes at our partnered health facilities, manufactures, pharmacies, and wholesalers across the country, we have been able to curb this pharmaceutical waste, preventing thousands of unused, unexpired drugs from being destroyed, or, more often than not, ending up in our water system. We match these donations seamlessly with residents in underserved communities by leveraging Good Samaritan laws already in place.

To date, we have been able to redistribute over $70 million in prescription medications, enough for more than 150,000 patients.

We are honored to have recently been named a TED Audacious Project for 2020, garnering the support to begin our next phase: reaching one million people with almost one billion dollars of medications.

We are thrilled to have the early support and partnership of the Cambia Health Foundation to  tackle one of the biggest challenges the U.S. faces: medicine access. We hope that one day, redistribution of unused, unexpired medicine will be the norm, and not the exception, throughout the country. 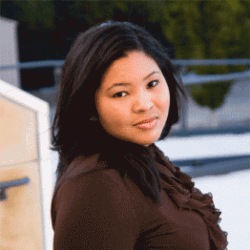 Kiah Williams is co-founder and director of SIRUM, a nonprofit online platform that redistributes surplus drugs from health facilities and specialty manufacturers to meet the needs of safety-net clinics. Since 2011, SIRUM has helped redistribute over two million units of medicine worth $5 million. Williams previously led negotiations for the Clinton Foundation to create the Alliance Healthcare Initiative, an industry collaboration to reduce childhood obesity, developing partnerships that expanded health benefits to two million children.  She has been recognized as one of Forbe’s 30 Under 30, one of Silicon Valley Business Journal’s 40 Under 40, a Draper Richards Kaplan Entrepreneur, and a Westly Foundation Social Innovator.